The absolute priority rule under 11 U.S.C. §1129(b) is one of the fundamental principles of chapter 11.   Under the absolute priority rule, a debtor has three options:  (i)  obtain a favorable vote from all classes of unsecured creditors; (ii) pay unsecured creditors in full; or (iii) provide that interests junior to unsecured creditors will not receive or retain any property on account of their interest.
In 2005, Congress amended the Bankruptcy Code to make Chapter 11 more like Chapter 13 for individual debtors.   Because of some inexact drafting a question arose as to whether the absolute priority rule continued to apply in individual cases.    While the majority view is that Congress did not abrogate the absolute priority rule in individual cases, there are still some circuits where the question remains open.
There are three relevant statutory sections.    First, section 1115 provides that property of the estate in an individual case included property acquired post-petition, including earnings from personal services.  Second, section 1129(a)(15) provides that in an individual case in which an unsecured creditor objected, the Debtor must submit his projected disposable income under the plan for a period of five years.
Finally, section 1129(b)(2)(B) provides that a plan would be fair and equitable with regard to a rejecting class of claims if:
(i) the plan provides that each holder of a claim of such class receive or retain on account of such claim property of a value, as of the effective date of the plan, equal to the allowed amount of such claim; or

(ii) the holder of any claim or interest that is junior to the claims of such class will not receive or retain under the plan on account of such junior claim or interest any property; except that in a case in which the debtor is an individual, the debtor may retain property included in the estate under section 1115, subject to the requirements of subsection (a)(14)* of this section. (emphasis added).

The statutory provisions add certain post-petition property to the estate, require the Debtor to make payments of projected disposable income if a creditor objects and allow the Debtor to retain "property included in the estate under section 1115." This required an examination of just what property was included by section 1115. According to section 1115(a)
(a) In a case in which the debtor is an individual, property of the estate includes, in addition to the property specified in section 541—
(1) all property of the kind specified in section 541 that the debtor acquires after the commencement of the case . . . ; and
(2) earnings from services performed by the debtor after the commencement of the case. . . . .

Courts which have examined this language have divided between a "narrow" interpretation holds that "property included in the estate under section 1115" refers only to the post-petition property added to the estate, while the "broad" interpretation holds that section 1115's reference to "property specified in section 541" refers to all section 541 property. Under the broad interpretation, because section 1115 encompassed all section 541 property, the Debtor could retain all of his property without violating the absolute priority rule.   For a brief period of time, the broad approach seemed to be gaining favor.   However, today all circuit courts which have addressed the issue and most lower courts have followed the narrow approach in which the absolute priority rule continues to apply.
The trend in the cases is definitely in favor of the narrow approach.   The Fourth, Fifth, Sixth, Ninth and Tenth Circuits have all adopted this approach, while no circuit court has followed the broad approach.   While there is still a split of authority in the First, Seventh, Eighth and Eleventh Circuits, they are likely to come around to the narrow approach. 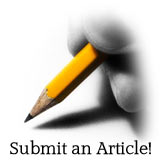